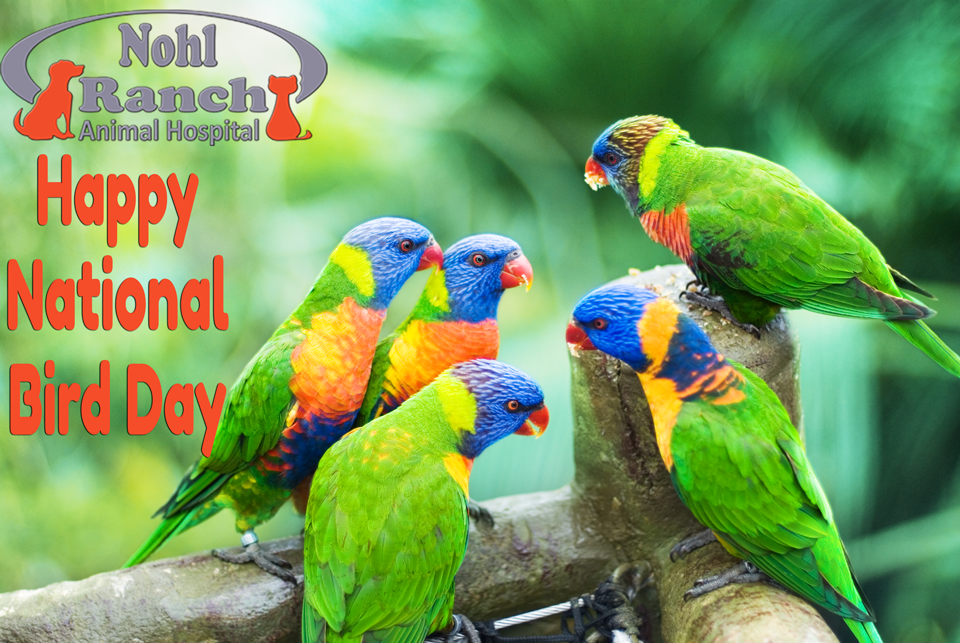 What is The National Bird Day?

National Bird Day is the name of several holidays celebrating birds. Various countries observe such a holiday on various dates.

Birds have always held a special place in our hearts; which is why we celebrate them on National Bird Day every January 5. While birds are amazing, they’re also a massive animal group under threat. And the phrase “canary in the coal mine” was named after birds for a reason; they’re the barometers of our planet’s environmental health. Most importantly that so many bird species are under threat thanks to the illegal pet; trade, disease, and habitat loss mean it’s more important than ever to raise public awareness of the needs of birds. The survival of hundreds of species depends on it!

National Bird Day is an annual holiday with half a million adherents who celebrate through birdwatching, studying birds, and other bird-related activities. Bird adoption is a particularly important National Bird Day activity. According to the newspaper Atlanta Journal-Constitution, many bird enthusiasts celebrate by adopting birds and by educating future bird owners about the special issues; involved with taking care of birds, including their “screaming, biting, constant cleanups, the need for daily interaction and a varied diet”. The Avian Welfare Coalition’s National Bird Day campaign aims to improve the welfare of parrots and other birds; by discouraging their purchase as pets and encouraging the support of wild bird habitat conservation programs and captive bird rescue organizations and sanctuaries. National Bird Day takes place every year on January 5.

Unfortunately, most birds are either endangered or protected, this is mostly due to habitat loss or illegal pet trade.

That’s why the Avian Welfare Coalition created National Bird Day; to raise awareness of the hardships and plights of these important animals and how we can initiate the change need to create a healthier, more sustainable relationship with them.

Birds are often considered living links to the past; being the closest-related animals to the evolution of dinosaurs. They’re often keystone species in the ecosystems; signifiers of their health and vitality. For example, the holes left behind by woodpeckers are often used as homes for a large variety of other animals. That means if woodpeckers were to run out of a food source; or out of the right kinds of trees; so, too, would all the animals dependent on their pecking skills.

While, National Bird Day may be relatively new; having been founded in 2002, the adversity that birds have had to face is nothing novel to the animal kingdom. Just ask the Dodo, the Labrador Duck, or the Passenger Pigeon, considered sacred; by many Native American tribes and often the subject of many works of American art until its demise.

According to the International Union for Conservation of Nature, there are almost 10,000 different species of birds. Out of these species, almost 900 of them are on the verge of extinction, and 4 have been ruled extinct in the wild.

Archaeopteryx lithographica is believed by scientists to be the earliest known bird. It was a transitional animal that spanned the gap between reptiles and birds, and as such had features of both.

The largest species of birds on the planet is the ostrich. These birds can reach a height of nine feet tall and weigh up to 350 pounds. While these birds cannot fly, they can run up to 45 miles per hour.

National Bird Day is a holiday that has been celebrated on January 5th. The purpose of this holiday is to bring attention to the plight of our feathered friends, particularly birds that are not native to the United States and are captive. This holiday is also a good day to take a few moments out of your day to appreciate the beauty and the diversity of these animals.

However, National Bird Day shouldn’t be confused with Bird Day—one of the oldest bird holidays in existence. Bird Day is a holiday that is celebrated annually in the United States on May 4th and has been since the late 19th century. It is a day where people can not only take the time to enjoy the many beautiful species that exist all around them, but also a day to remember how important birds are to the environment.

Each year, thousands of parrots are taken from the wild to be sold as pets. The initial shock of losing their freedom and being confined to a cage can kill many wild-caught birds. It has been estimated that 60% of wild-caught birds die before reaching international markets. To compensate for mortalities, up to four times as many parrots are captured than make it to market.

The demand for birds as pets or as breeding stock for captive breeding is the driving force behind the cruel trade in wild-caught birds. Globally, the illegal trade in wildlife is second only to that of drugs.

The popularity of birds as “pets” in the U.S., whether captive-bred or wild-caught, influences global trends, thereby influencing the global trade in wildlife species around the world.

How We Can Celebrate?

We can celebrate in a number of different ways. Participants can bird watch – either alone or in a group, and they can take part in one of the many conservation causes that exist for the preservation of birds. In schools across the U.S.; children often are given the task of researching birds on this day or drawing a nice picture of birds for the classroom.

Rather than buying a bird from a breeder, why not adopt a rescued bird and help ease the problems facing birds across the United States.

Above all, National Bird Day is an opportunity for us all to get educated on the needs of captive birds; from regular water and light to an absence of air pollution; and to consider how we are helping or hindering birds’ chances in our wider world.

You should celebrate the day by learning about all the wonders of birds and educating your friends. the survival of the world’s birds hinges on public awareness as well as support for conservation.

At Nohl Ranch Animal Hospital, We always strive for your Pet health mentally and physically.
For More Information, Please Call us at (714)-921-2495 Or Make an Appointment Now!

Nohl Ranch Animal Hospital has been serving pets in “Orange“, “Anaheim“,
“Santa Ana“, “Fullerton” and “Tustin” for more than “15” years.

Join Our Happy Clients From here Contact Us…
We’ll be more than happy to answer all your questions and concerns.